With an advanced contoured design and a sturdy flat base, this premium Nexus prostate toy has been built to securely lock onto the male form, with precisely targetted and powerful stimulation for the p-spot and perineum. Having said that, a couple of customers have noted that the toy can tend to move out of position during play.

The standout feature of this massager is of course the rotating head. Two rotation speeds and two power settings result in six different combination patterns of sensual rolling vibrations.

The toy lasts for up to 10 hours when fully charged.

Most experienced prostate toy fans love these type of high end vibrators that feature rotating heads. But in such toys, the vibration has to be spot on and for some, this doesn’t quite hit the mark, although it does the job perfectly for others. 4/5 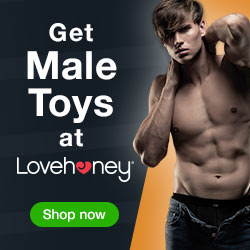